8. When Julius Caesar reformed the ...August became the eighth month. (8) 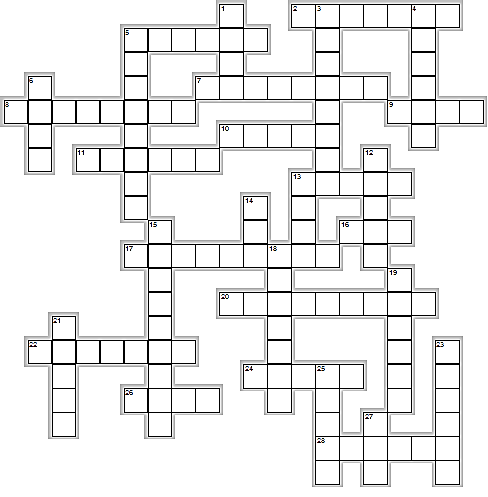 6. Poet's PagePoemsCommentsStatsBiographyMessage to the poetShare on FacebookShare on Twitter Poems by Jade Leven : 14 / 149 «As Long As I'm AroundBeautiful Nightmare (a song)» August August is the best month of the year we reflect on what's happened since we last stood here ... in our hair and our feet in the sand I wouldn't expect anyone else to understand. By Jade Leven (4)

14. Remember to be gentle with yourself and others. We are all children of chance and none can say why some fields will blossom while others lay brown beneath the August ... . Kent Nerburn (3)

15. The Philippines celebrates August as the "Month of Philippine ..." (9)

18. August is the eighth month, renamed by the Romans from Sextilis', meaning sixth, to honor their ... , Augustus (7)

25. Edinburgh Festival is an internationally famous arts festival that takes ... during August. (5)

27. She dreams of August in the singing morning.. When all the little things come out to play, When every spider's ... is sticky, lacy, And every kid will have the pinkest day. By Donna Earle (3)